This Easy Apple Butter Apple Crisp is made with softly spiced tender apples, apple butter and a crunchy oat topping. 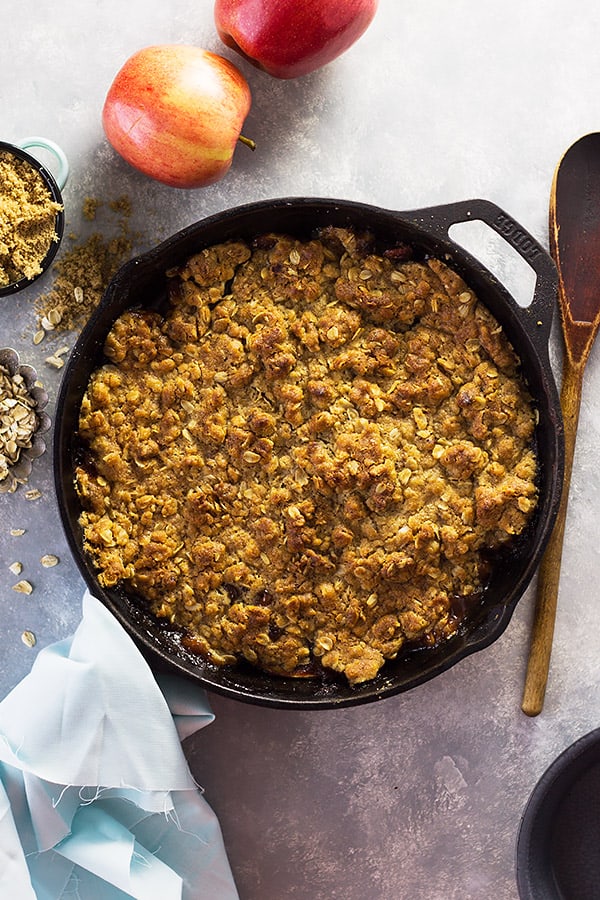 Apple crisp is just one of those desserts that screams fall to me and I made it even more fallish by using apple butter and pecans.  I love apple crisp for two reasons- 1) it’s a really easy dessert to make and 2) it smells heavenly coming out of the oven!  Ok 3) it tastes phenomenal with a scoop of ice cream!! 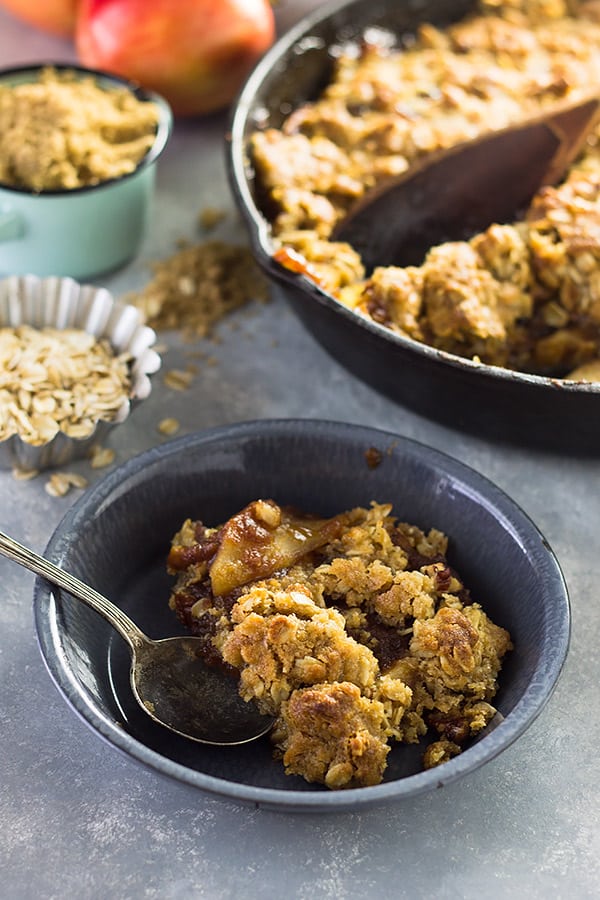 Actually, it’s pretty darn hard to beat cold ice cream melting over a bowl of softy spiced apples with a crunchy oat topping.  Are you drooling yet, because I am!!

I chose to peel my apples for this crisp but if you don’t mind the peeling go ahead and leave it on.  Just be sure to slice your apples thin so the skin can cook and become soft.  Also, feel free to leave out the pecans if it just isn’t your thing and if you don’t have a cast iron skillet no problem just bake in a 9×9 baking pan. 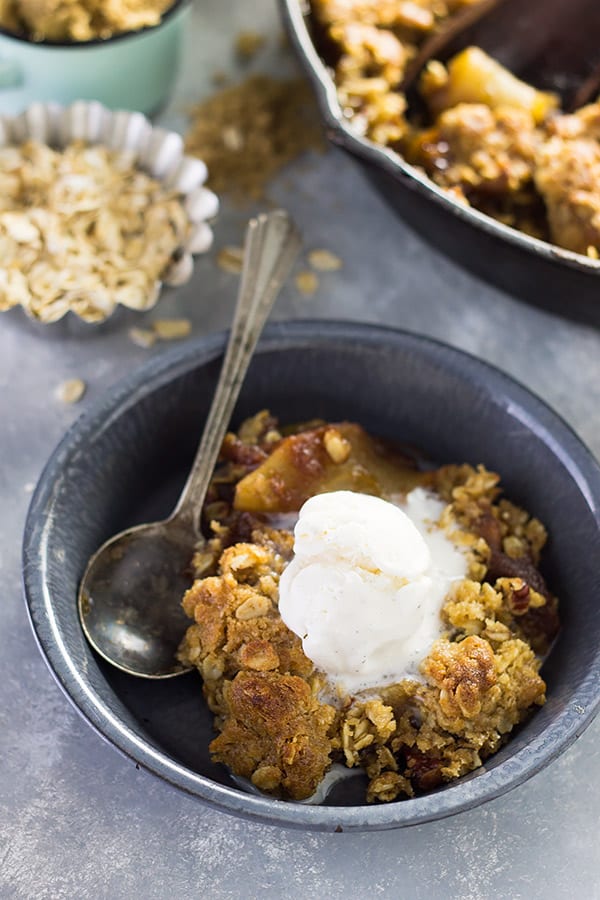 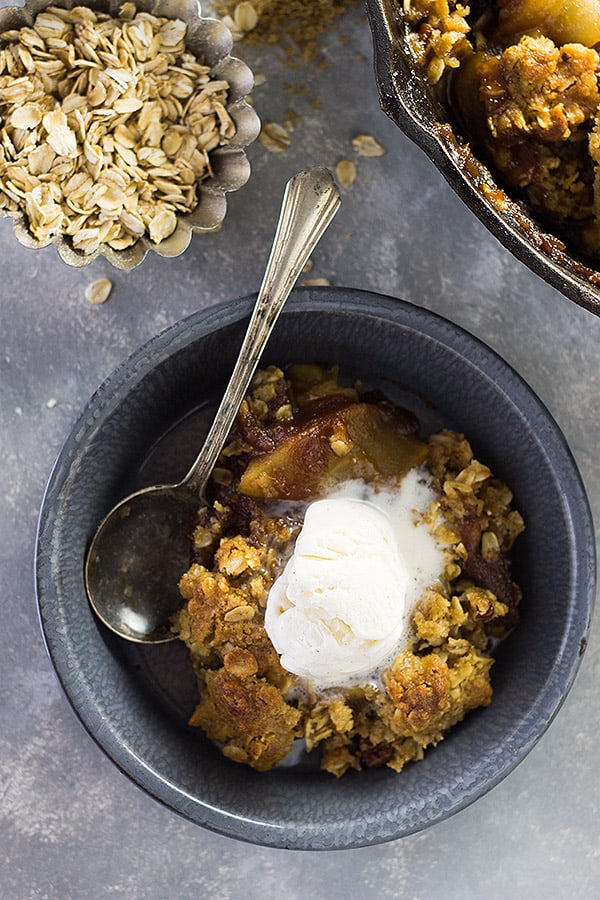 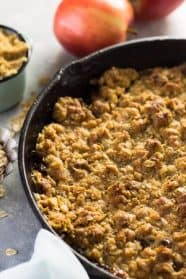 If you don't have a cast iron skillet just use a 9x9 baking dish or a 9 inch deep dish pie plate.