These Bacon Maple Cinnamon Rolls would be great to serve for breakfast on Father’s Day!

It seems there is a lot of bacon everything going around the web these days.  In fact, I just saw bacon in ice cream!!

So, I was trying to think of something different with bacon that wasn’t too crazy.

I like to play it safe most of the time.  I know I’m a chicken. 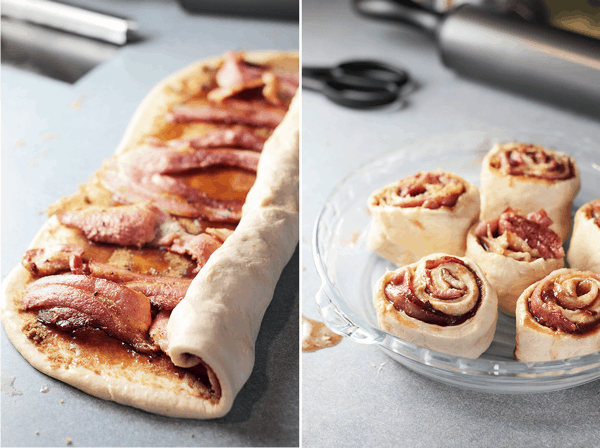 These really do taste great!  There is a sweet and salty combo going on with the salty bacon and the sweet brown sugar and maple syrup.  It’s breakfast rolled up into a nice cinnamon roll.

At first my husband thought I was crazy and asked if I knew what I was doing.  I gave him the usual answer–“of course not” and carried on.

After these rolls came out of the oven he was itching to taste them–you know just to see.  I told him not until they were cool enough to frost. 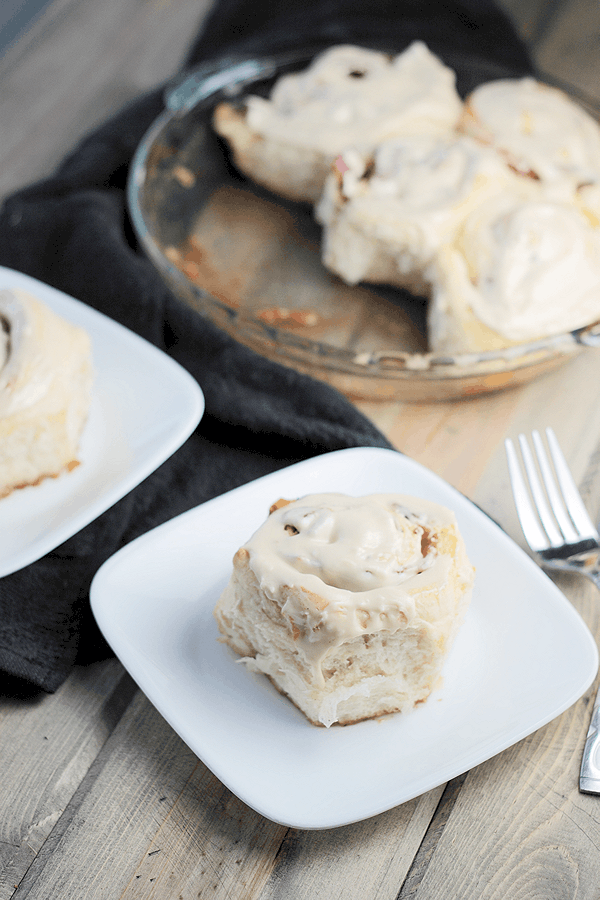 Well, folks he was pleasantly surprised by their addicting taste.

Go ahead make these, I know you want one!! 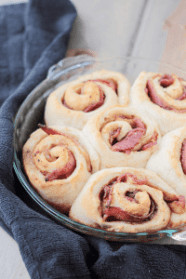 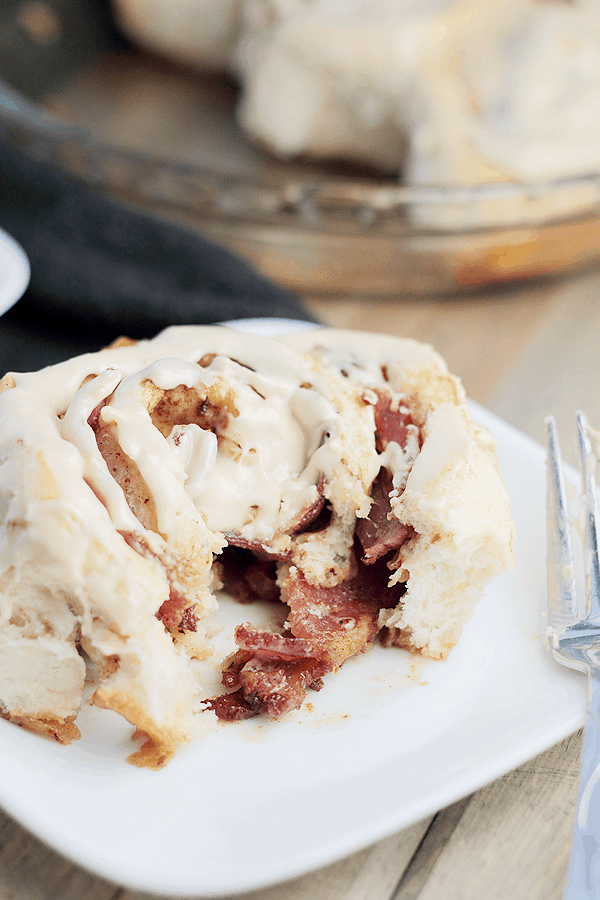