Okay, this will be my last no bake dessert recipe for a little while, I promise.

After making the Twix Ice Box Cake I HAD to make another one and what screams summer more than s’mores???

I can’t really decide which ice box cake I like better, so you guys need to make them both and let me know which one is your favorite, mkay! 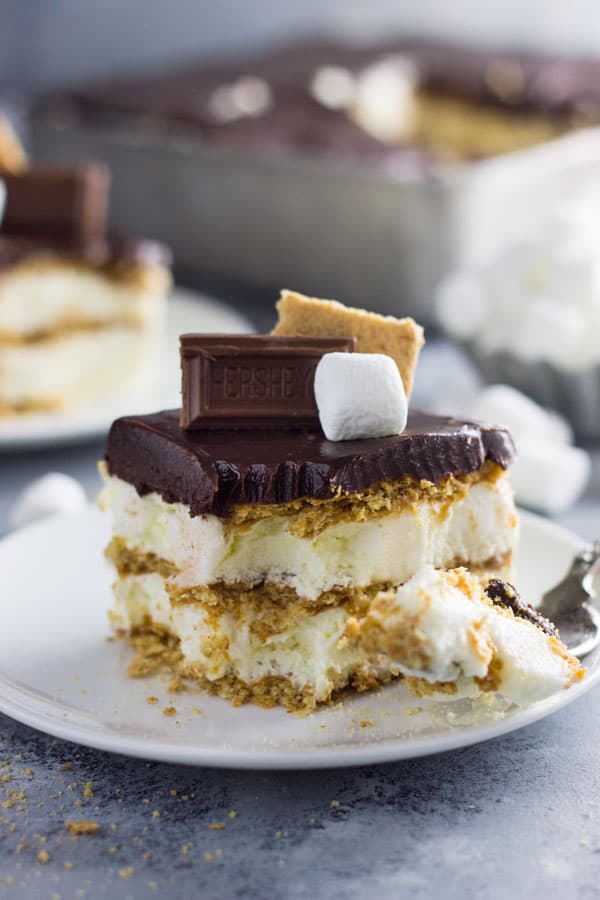 This ice box cake is really easy to make too!  Start by making a marshmallow whipped cream, which after tasting this I really wanted NOT to make the dessert and just eat this stuff with a spoon! <- SOOO GOOD!  When you are whipping your cream add the marshmallow fluff in right when the cream starts to thicken, then beat until stiff peaks form.  Next, fold in some miniature marshmallows.  Resist the urge to eat the whole bowl— just eat a couple– okay 4 or 5– spoonfuls. 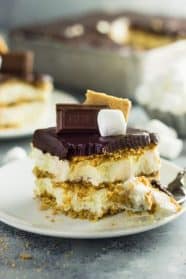