Raspberry Brownie Frozen Yogurt Dessert will cool you off this summer with a chewy chocolate brownie base, smooth, creamy and cool raspberry yogurt and whipped cream! 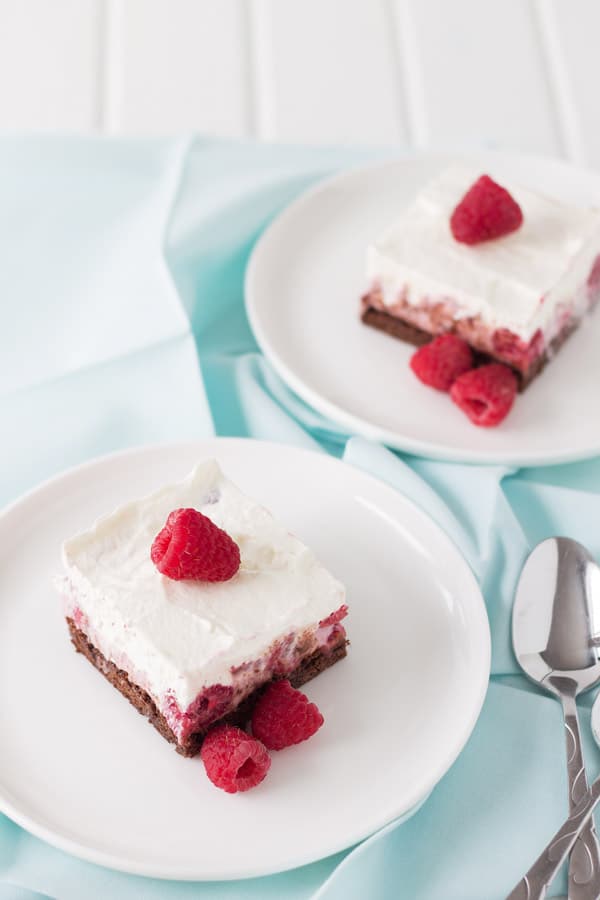 Are cool summer treats on anyone’s mind??  They have been on mine lately and yesterday I was craving ice cream (I can never get enough ice cream).  We are finally starting to warm back up and I have been brainstorming different ideas for frozen summer desserts.

I really enjoyed this dessert because 1. there’s chocolate in it and  2. there’s fruit.  (I love strawberries and raspberries paired with chocolate!) 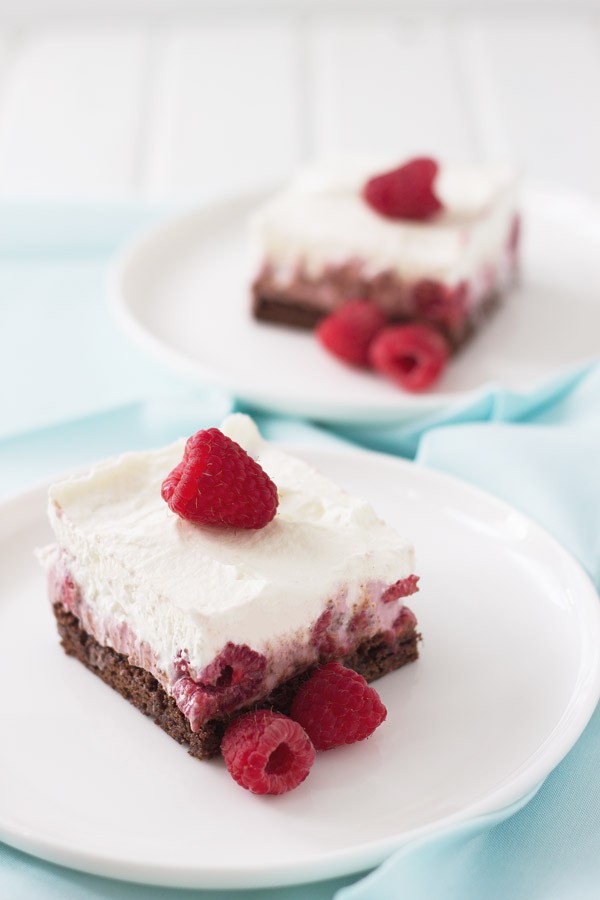 I also wanted this to be an easy dessert and not require anyone to use an ice cream maker or be to labor intensive.  No churning or freezing individual layers!

You’ll start by making the brownie base and this will be done all in one bowl too!  Bake and let it cool completely (about 30 minutes).  Then mix together raspberry jam, greek yogurt and fresh raspberries for the middle layer.  Top that with freshly whipped cream (you can use softened cool whip but I HIGHLY recommend whipping your own) then freeze.  The freezing step will take the longest, about 4-5 hours, but your patience will be rewarded with this dreamy raspberry brownie frozen yogurt dessert! 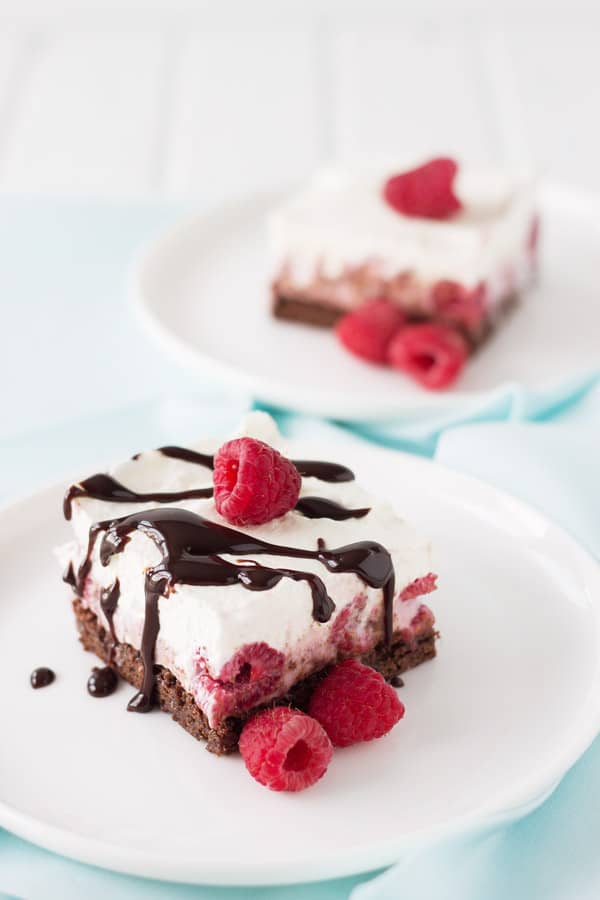 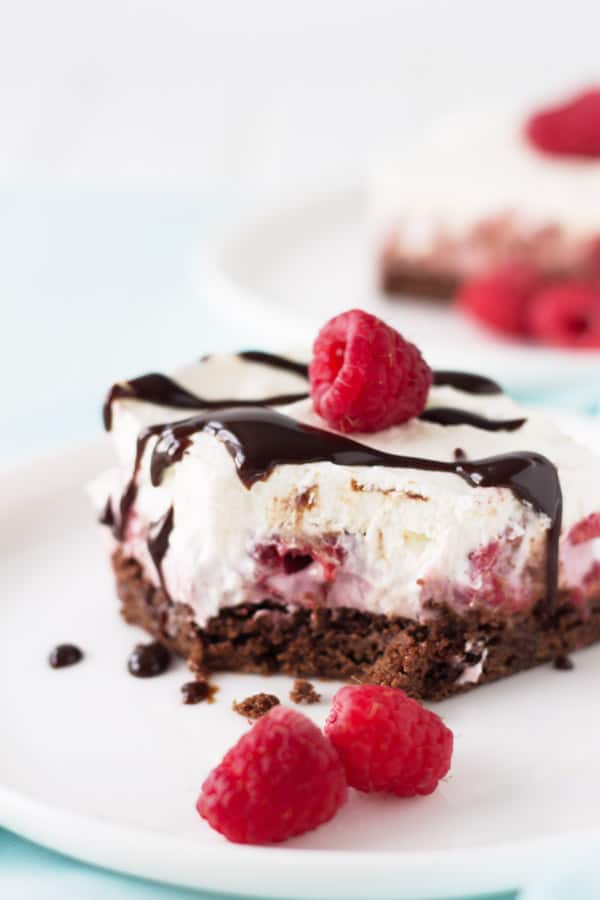 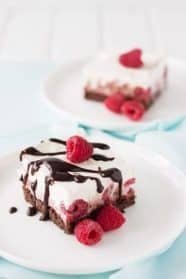 Can also use cool whip in place of whipped cream.
Total time doesn't include the 4-5 hours of freezing time.