This Slow Cooker Chicken and Gnocchi Soup is warm, hearty and comforting.  With its pillowy soft gnocchi and its creamy broth it has quickly became a family favorite. 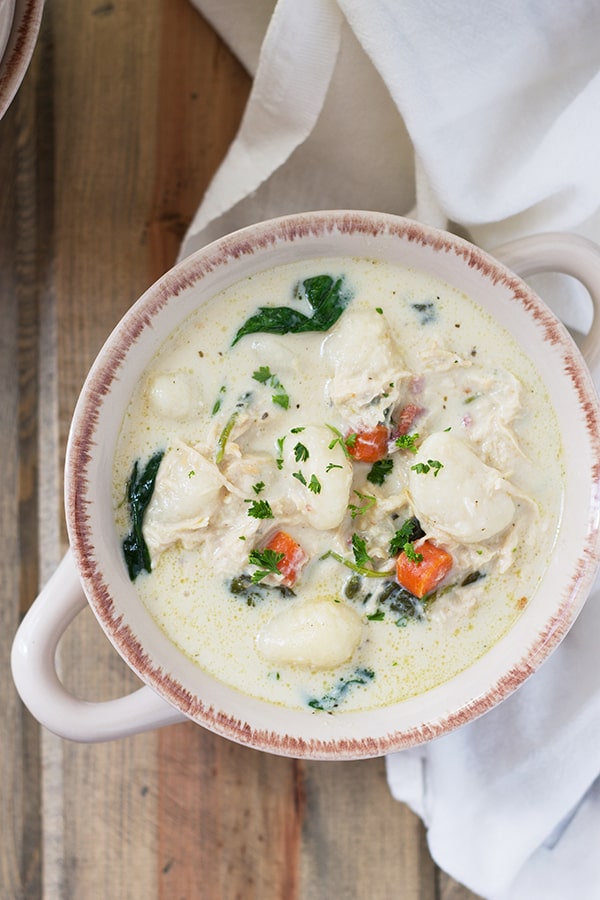 Well, I am on my own this weekend.  My husband is away helping out a friend and I am manning the fort myself.  I hate it when he leaves for overnighters because that is when things usually happen around here.

I have had a kid in the emergency room, my car has broken down on the interstate, I have had to shave part of my son’s head so I could get a butterfly bandage to stick (it was really late and I didn’t want to go to the emergency room for stitches 🙂 ) Luckily it was only a small gash and it healed just fine.  Those are just a few things that have happened.  I don’t understand why every time he leaves something goes wrong. 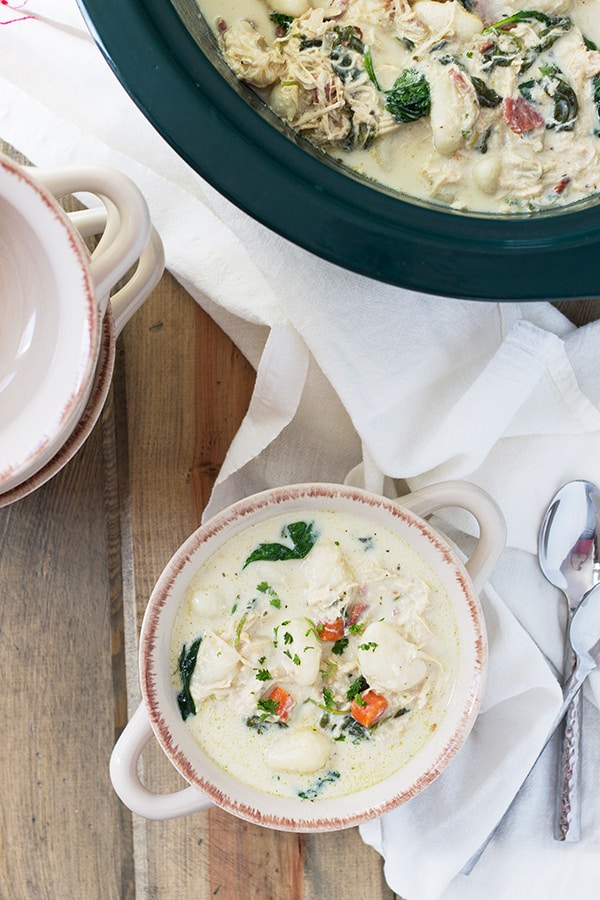 So far nothing catastrophic has happened!  The only weird thing was our fire place fan just decided to turn itself on.  The switch was clearly on “off”.  It ran for an afternoon and into the evening and finally it decided to turn off.  So other than that it has gone pretty good, but today is a new day so keep your fingers crossed! 🙂

Ok so a little about this soup.  I first saw it on a wonderful food blog called Pinch of Yum.  I was looking for a way to change up the standard chicken noodle soup but still be satisfying and comforting.

The noodles are replaced with gnocchi, the broth is creamy and rich and (this is a big one) it is made in the slow cooker!

This is a first for me and gnocchi and I am in love.  There are so many possibilities and flavor combos, so don’t be surprised if you see more gnocchi dishes appear here on the blog.

Towards the end of cooking you add in some evaporated milk, crispy bacon and spinach to add in another layer of yum!  Delicious!  It’s an easy soup to make and great for any day of the week. 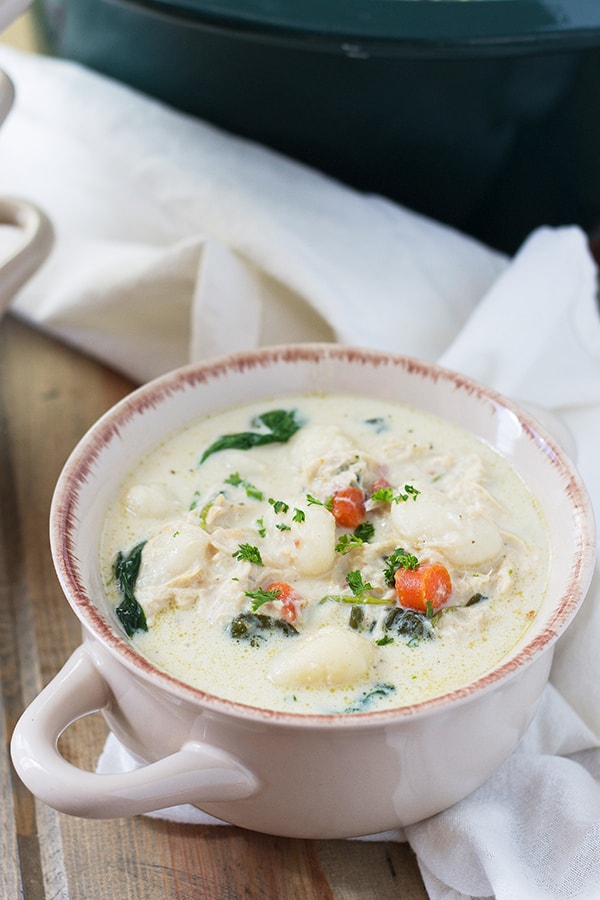 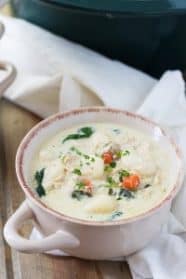 Recipe adapted from Pinch of Yum

The gnocchi in this soup will soak up a lot of liquid when storing as leftovers. So when you reheat it you may want to add in more broth or milk if you want it to be the same consistency.